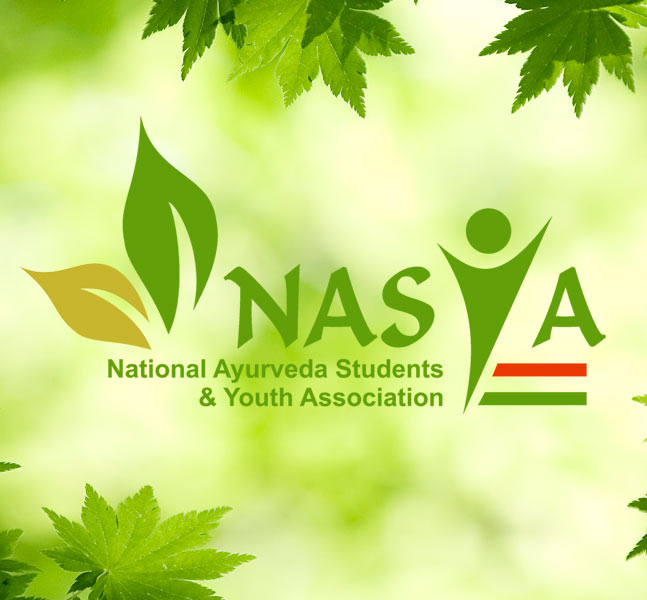 NASYA National Ayurveda Students and Youth Association; is a Vigyan Bharti initiative for Ayurveda, working for the up-gradation and mainstreaming of Ayurveda at the grassroots level, since its inception in 2008, during 3Rd WAC at NIA, Jaipur. Today, NASYA stands tall with its active units in 22 states of India and 5000+ registered lifetime members.
In addition, to continue activities targeting uplifting the existing standards of Ayurveda and its scholars, NASYA perpetually channelizes the blooming energies of its young brigade to serve and contribute to developing a disease-free nation, ultimately aiming to reduce the medical burden of the country.

During its journey, NASYA has created various benchmarks and records. The organization has contributed substantially to pulling out of Ayurveda, from dormancy I during the so-called era of the renaissance of Ayurveda; when the Ministry of AYUSH came into existence in 2014.


NASYA has been instrumental in creating awareness, inculcating interest, and instilling confidence amongst the fraternity of Ayurveda with its tireless efforts and out-of-the-box ideas.

Various projects have been conceptualized and meticulously executed to strengthen the ecosystem of Ayurveda. Many of these endeavors have been supported by the Ministry of AYUSH, CCRAS & CCIM. Also, institutes of repute viz. NIA, LPU, Patanjali, etc. have partnered with NASYA for conducting National / International Seminars, workshops, conferences, and other mega-events. NASYA has achieved laurels in various states for organizing unique, concept-based academic events - done never before in the history of Ayurveda.

Such activities have helped it to gain a strong foothold across all corners of India.

what is our aim?

NASYA touches all the aspects of Ayurveda-